Joshua E. Dvorin, Esq. specializes in Workers Compensation litigation, Personal Injury and automobile insurance/Personal Injury Protection (PIP) law. He has extensive trial experience in all of these areas. He is admitted to practice law both in New Jersey and New York.

Mr. Dvorin graduated from the University of Pennsylvania. He was a member of the Pi Kappa Alpha national fraternity. He remains an active Penn alum conducting Alumni Interviews of prospective students. He received his Juris Doctor degree (J.D.) from the Benjamin N. Cardozo School of Law at Yeshiva University in New York City. In law school, under the tutelage of Professor Barry Sheck, Mr. Dvorin was a member of the Trial Advocacy Team that won the regional championship and participated in national competitions. During law school he served on the staff of the New Europe Law Review, which concentrated on the emerging republics left in the wake of the fall of the Iron Curtain. Mr. Dvorin also volunteered at the Unemployment Action Center where he was a powerful advocate for claimants denied their unemployment rights.

Upon graduation from law school, Mr. Dvorin began specializing in civil litigation. He handled a broad spectrum of workers compensation, personal injury and complicated Federal Employers Liability Act cases for firms specializing in the representation of injured individuals. Thereafter, Mr. Dvorin became associated with a large insurance defense firm where he became the supervising attorney in the Workers Compensation Department and handled an active caseload of over 400 files for several municipalities. He then joined Master Care Insurance Co. where he was instrumental in building an in-house, internal litigation department for the company, which specialized in workers compensation and medical management. Acting as the Assistant to the General Counsel and Senior Litigation Officer, Mr. Dvorin managed three staff attorneys and oversaw over 1500 actively litigated workers compensation claims. He worked hand in hand with the Senior Claims Manager and other corporate officers to establish proper case reserves.

In 2005, Mr. Dvorin was proud to become partners with Mr. Sheffet to form the firm of Sheffet & Dvorin, P.C. He heads the firm’s workers’ compensation practice representing both Petitioners and Respondents. He also handles Personal Injury matters and the entirety of the firm’s Personal Injury Protection (PIP) cases. 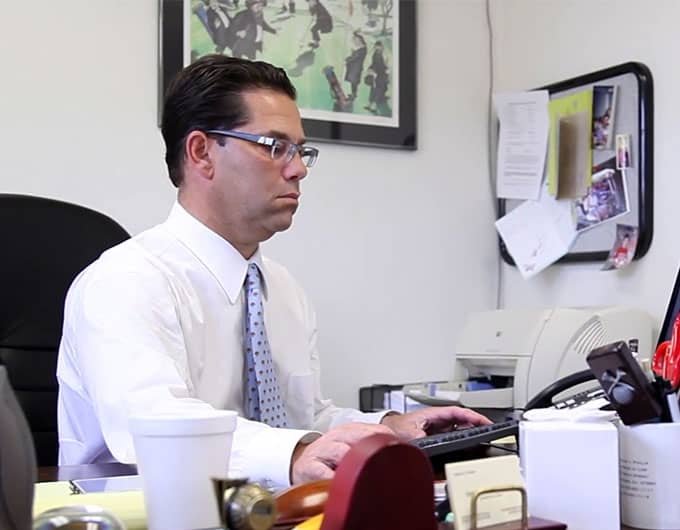